A step is an operation in a CI/CD workflow, such as running some unit tests for a Python web app, or the compilation of a Java program. Tekton performs each step with a container image you provide. For example, you may use the official Go image to compile a Go program in the same manner as you would on your local workstation (go build).

A task is a collection of steps in order. Tekton runs a task in the form of a Kubernetes pod, where each step becomes a running container in the pod. This design allows you to set up a shared environment for a number of related steps; for example, you may mount a Kubernetes volume in a task, which will be accessible inside each step of the task.

A pipeline is a collection of tasks in order. Tekton collects all the tasks, connects them in a directed acyclic graph (DAG), and executes the graph in sequence. In other words, it creates a number of Kubernetes pods and ensures that each pod completes running successfully as desired. Tekton grants developers full control of the process: one may set up a fan-in/fan-out scenario of task completion, ask Tekton to retry automatically should a flaky test exists, or specify a condition that a task must meet before proceeding.

Tasks and pipelines are specified as custom resources in a Kubernetes cluster. 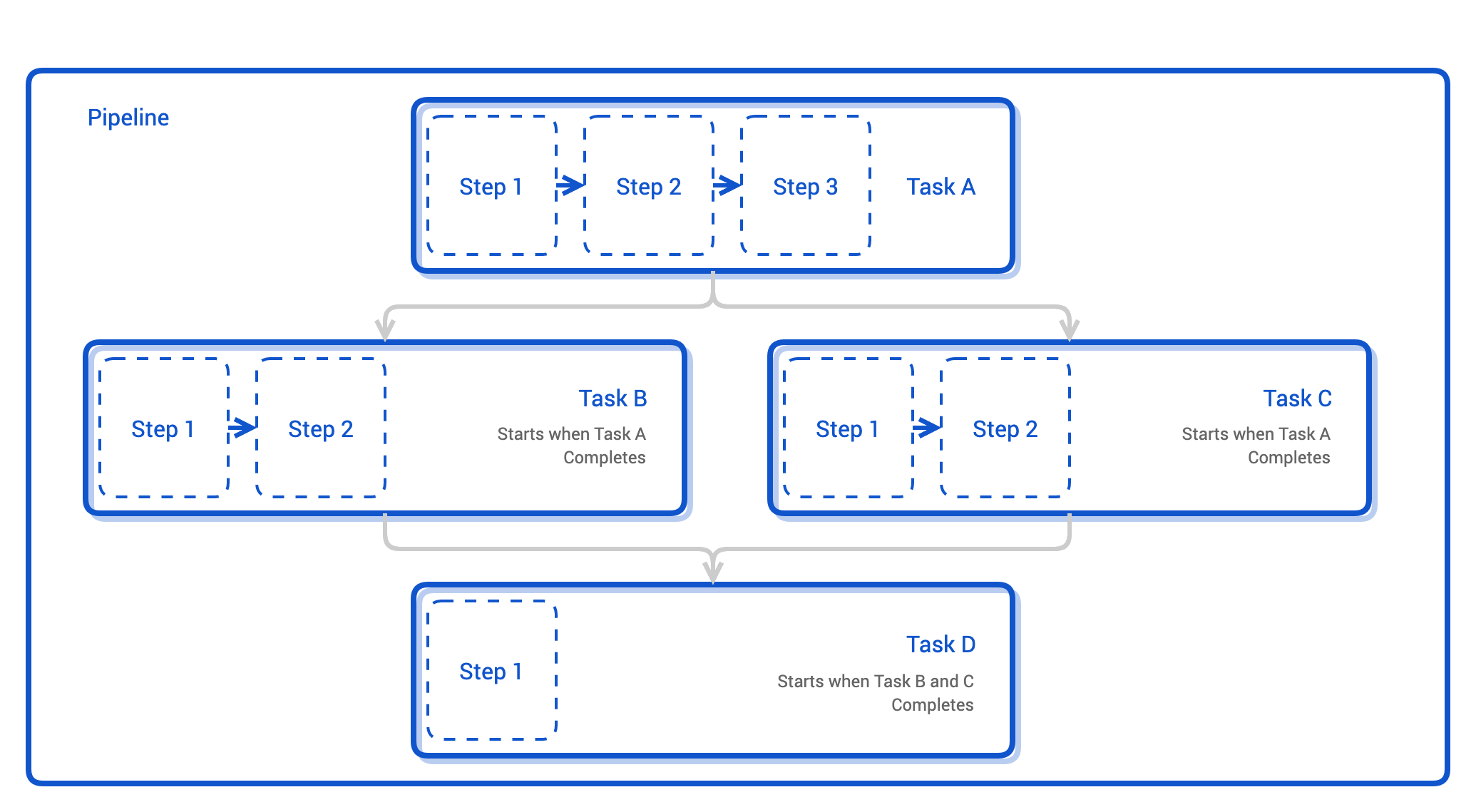 Similarly, a taskRun is a specific execution of a task. TaskRuns are also available when you choose to run a task outside a pipeline, with which you may view the specifics of each step execution in a task.

You may create taskRuns or pipelineRuns manually, which triggers Tekton to run a task or a pipeline immediately. Alternately, one may ask a Tekton component, such as Tekton Triggers, to create a run automatically on demand; for example, you may want to run a pipeline every time a new pull request is checked into your git repository. 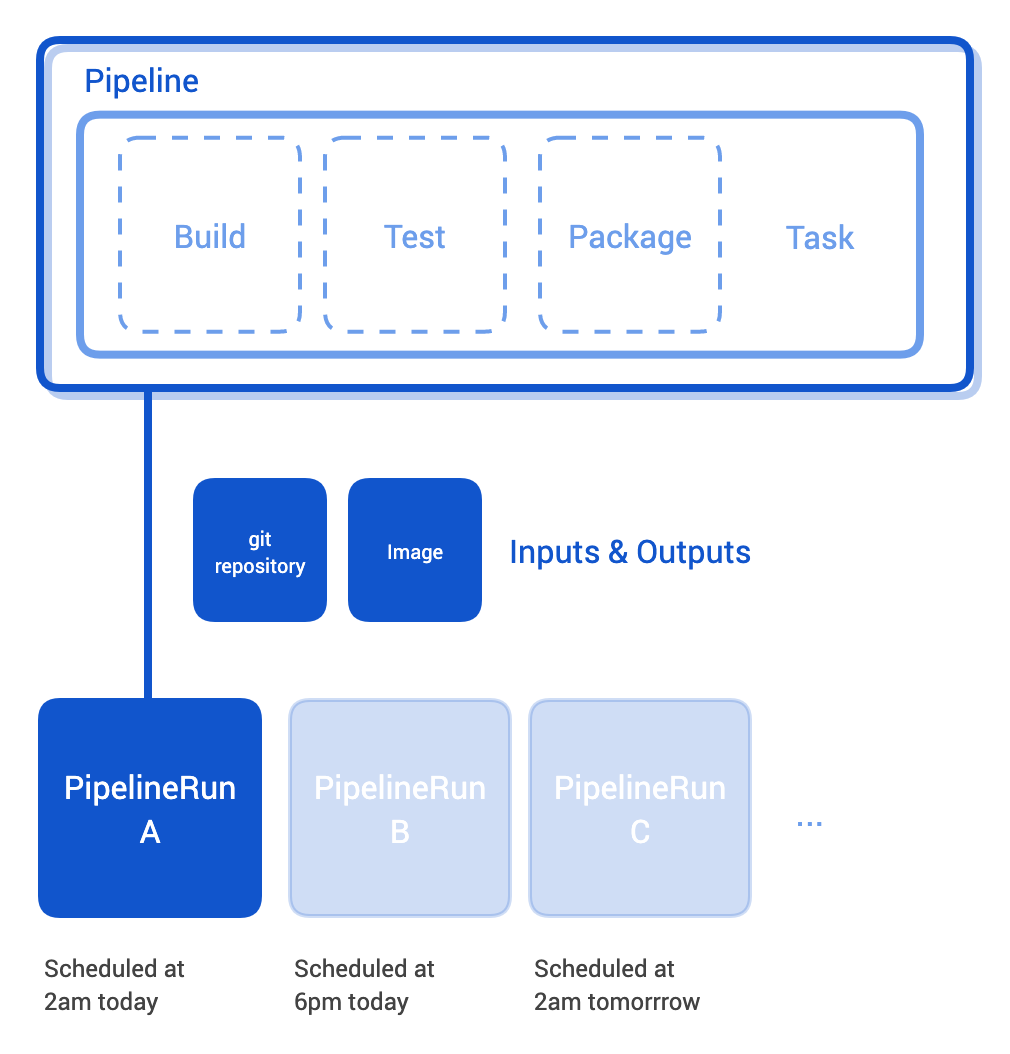 TaskRuns and pipelineRuns are specified as custom resources in a Kubernetes cluster.

Loosely speaking, at its core, Tekton Pipelines functions by wrapping each of your steps. More specifically, Tekton Pipelines injects an entrypoint binary in step containers, which executes the command you specify when the system is ready.

Tekton Pipelines tracks the state of your pipeline using Kubernetes Annotations. These annotations are projected inside each step container in the form of files with the Kubernetes Downward API. The entrypoint binary watches the projected files closely, and will only start the provided command if a specific annotation appears as files. For example, when you ask Tekton to run two steps consecutively in a task, the entrypoint binary injected into the second step container will wait idly until the annotations report that the first step container has successfully completed.

In addition, Tekton Pipelines schedules some containers to run automatically before and after your step containers, so as to support specific built-in features, such as the retrieval of input resources and the uploading of outputs to blob storage solutions. You can track their running statuses as well via taskRuns and pipelineRuns. The system also performs a number of other operations to set up the environment before running the step containers; for more information, see Tasks and Pipelines.

Learn more about Tekton Pipelines in Tasks and Pipelines.

Was this page helpful?

Thanks! Tell us how we can further improve.

Sorry about that. Tell us how we can further improve.